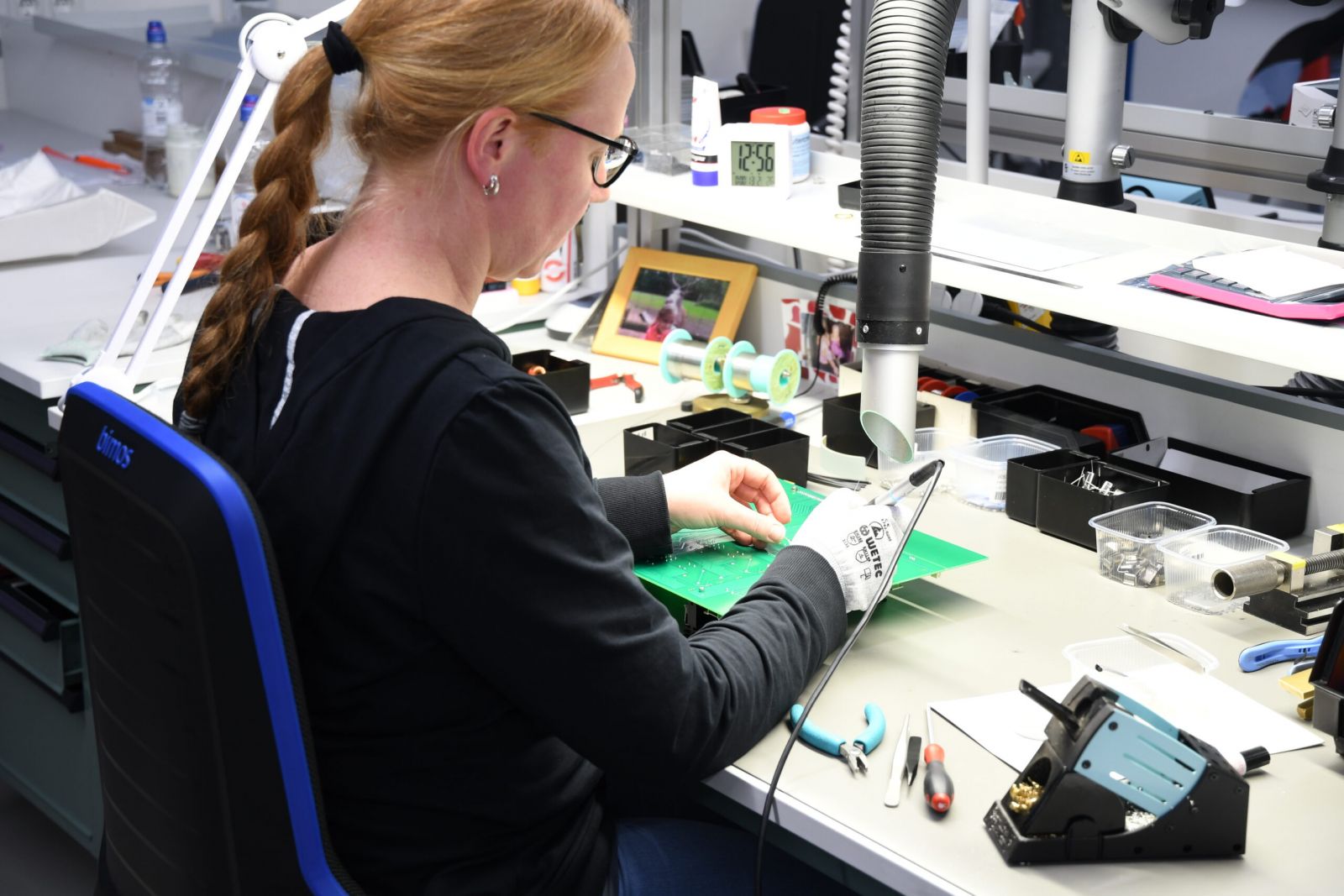 A Report by REGO-FIX AG

IBAK is a global manufacturer of pipeline inspection equipment and systems for the sewer pipe industry, with quality the key characteristic that sets the company apart in the market. It thus pursues exactly the same strategy as clamping tool manufacturer REGO-FIX, for example, with its powRgrip system.

Well-functioning sewer systems are a major asset. In Germany, for example, there are approximately 515,00 kilometers of public sewer lines, which is enough to wrap around the earth 13 times. But there are also private and commercial sewer lines that, as building connections, direct sewage from homes and company facilities to the public sewer system. Experts estimate that this underground network is equivalent to a million kilometers, which is enough to wrap around the world 25 times. If lines like these rupture, chemicals such as detergent and cleaning agents, human waste, bacteria, and viruses can compromise the quality of drinking water. The pipelines therefore need to be inspected on a regular basis, so that any repairs can be carried out as soon as possible. During inspections like these, it’s not only important to document the condition of the pipes, but also their positions underground. Pipeline route surveying and hydrostatic level measurement thus help to complete information about the piping system and create maps of branching access networks, many of which are still unknown. One of the systems that allows you to do just that is the IBAK company’s 3D-GeoSense pipeline route surveying.

As a global market leader in pipeline inspection systems, IBAK also offers systems for testing pipeline tightness as well as electrically powered grinding and repair robots for use in sewer pipe repair. The corresponding software systems developed in-house round off the product portfolio. With these products, IBAK offers a solution for just about any application in the sewer pipe industry: from small-scale sanitation systems to large-scale vehicle-based systems, the company plans, constructs, and produces everything. This portfolio is managed by a team of 370 employees at the company headquarters in Kiel and at four branches in Germany, with one in six team members involved in research and development. The products are sold in the global market, with IBAK supported by 40 commercial agencies around the world. The customer groups in Germany include network operators such as local governments as well as industrial companies with their own networks. There are also service providers for inspection and repair that serve network operators.

100 percent of all inspection and repair products are manufactured in Kiel, with production characterized by a high vertical range of manufacture, including creation of electronic components and provision of all inspection vehicle equipment. In other words, IBAK is first and foremost able to fulfill high quality standards internally, which is also reflected in meticulous quality and performance checks on devices that include tightness checks. Mechanical production in Kiel focuses on the manufacture of cubic and turned parts and is traditionally broken down into CNC cutting and CNC turning. However, more and more complete machining centers are being used, leading to increased consolidation in this area. While Kiel primarily machines brass and aluminum, it occasionally also processes plastics and stainless steel. But why so much brass and aluminum? For reasons of weight: after all, the inspection and repair devices have to pull cables up to 600 meters long through pipes without flipping over.

powRgrip as an Integral Process Component

The powRgrip toolholders provided by REGO-FIX have been key components of IBAK’s production process for many years, first generating interest back in 2003. “Up until that point, we’d primarily worked with traditional collets. We were looking for an alternative that would allow us to streamline processes and increase concentricity accuracy,” says Carsten Büll, Head of Production. “Taking our staff into account, shrinking wasn’t an option for us. We didn’t want the temperature or the induction radiation, which is up to 80 times higher than that of a microwave. And when you’re in a hurry, you often skip the apron and gloves.” So they began to learn about powRgrip, for example, at a different company that was already using the system. “In our search for a dealer near us, we came across the company Meyer + Münster,” explains Büll. Without delay, an employee of the company that supplies tool and workpiece clamping technology, machine tools, and tools stopped by and initiated the first tests. Toolholders were left with the company for weeks for further testing. “It didn’t take us long to realize that powRgrip was exactly what we needed,” says the Head of Production. “After all, we only get high-quality parts from the machine if the process chain consisting of spindle, toolholder, collet, and tool is up to par. With powRgrip, we now had exactly the concentricity accuracy and compact design that we’d been looking for in a holder.”

powRgrip is now widely used in Kiel for milling, drilling, turning, spindling, threading, and reaming. powRgrip holders are generally used when high precision and quality are essential, as revealed by the 3D-GeoSense pipeline route surveying, which provides a 3D plan of the lines and thus simplifies the process of locating any areas that require repair and adding new lines. In this system, too, the lower part of the camera tractor is made from brass. The complicated part is machined in two clampings, with the first clamping taking 1.5 hours. “This requires 68 tools, with a new one used on average every minute,” explains Hauke Schlotfeldt, planning engineer and Head of the CNC Cutting Group. “When it comes to tractor tightness, precision is the top priority.” Because the camera tractor also needs to feature pockets and tapped holes, the interfering contour has to be as small as possible. “As an integral component of the process chain, powRgrip plays an important role in the production of high-quality parts like these,” says Hermann Meyer, CEO of Meyer + Münster.

With the integration of new machine generations in recent years, IBAK has systematically switched from SK 40 to HSK 63, which required a corresponding investment in toolholders. These days, the company not only uses Tenniken’s entire range, from the smallest to largest powRgrip holder, but also, as a matter of course, incorporates into its portfolio the latest developments that REGO-FIX launches on a regular basis, and thus increases the flexibility of its machining. “We can cover anything these days,” says Büll, referring to the resulting situation. This includes, in particular, cases that expose the tool to very high tensile forces. “For example, when we machine stainless steel or go all out in the aluminum roughing process,” adds Schlotfeldt. “In cases like these, we use the secuRgrip collets and colletholders, which guarantees us the necessary process reliability for deeper cuts.”
And the tool life? For batch sizes up to 1,000, IBAK machining boasts mass production character. Though there hasn’t been a detailed evaluation of tool life so far. “But there will be,” says Büll with confidence. “We can now identify differences with our newly developed tool administration and plan orders directly at the machine. With the lists of differences that are applied to the tool presetting, tool life will be an invoicing topic in the future.” One thing is clear: the higher concentricity accuracy of the powRgrip holders already ensures a longer tool life. Future assessments will reveal exactly how much that is and the tool savings achieved with powRgrip.

“Just how satisfied we are with powRgrip can be seen in how often and for how long we’ve used the system.”

One of the camera tractors used with 3D-GeoSense: a majority of the parts are manufactured with powRgrip toolholders by REGO-FIX (image: IBAK) 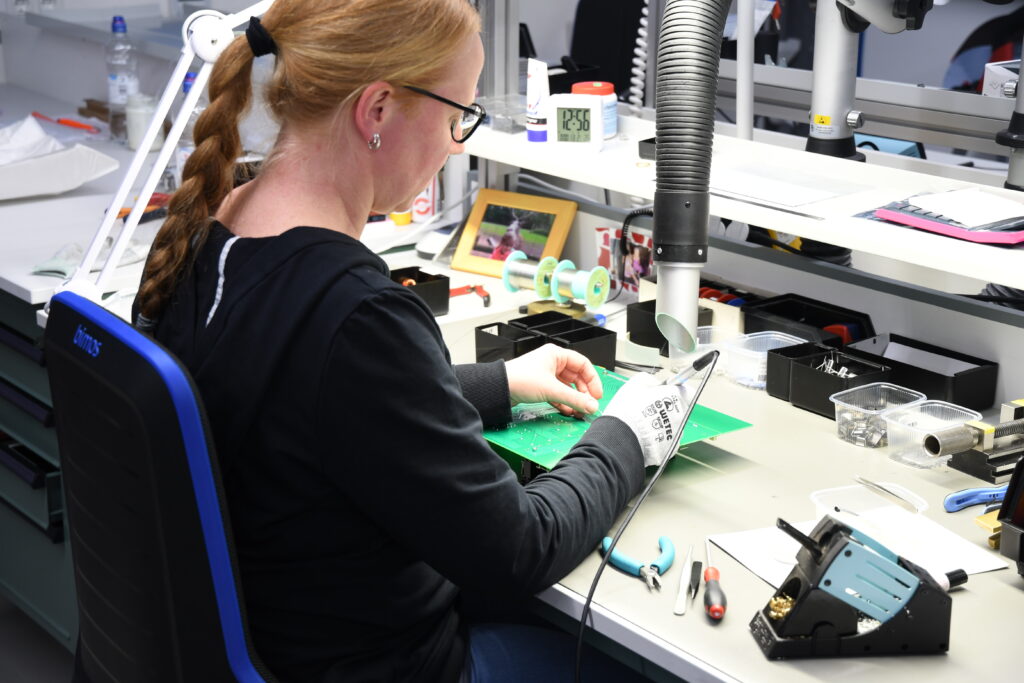 Large vertical range of manufacture: even the printed circuit boards of the inspection and repair devices are manufactured in Kiel (image: REGO-FIX) 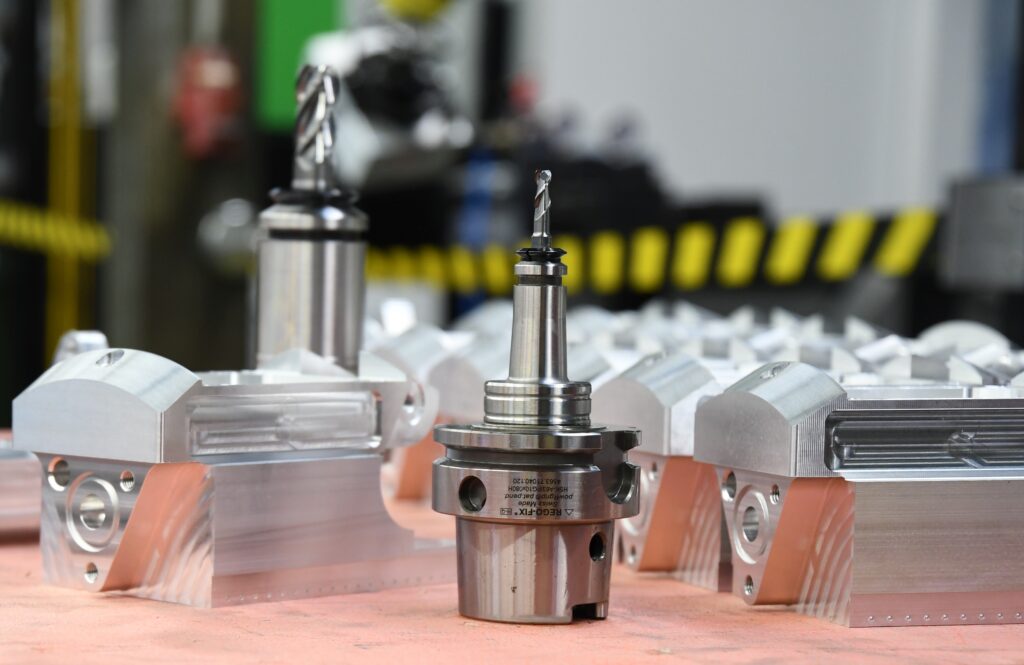 IBAK uses powRgrip to machine many precision parts such as this base for inspection cameras (image: REGO-FIX) 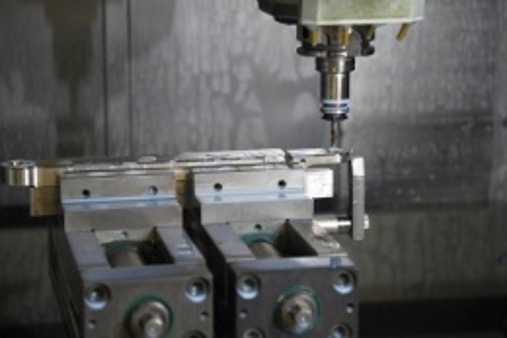 The strut for the MicroGator cutting and grinding robot, machined with a PG15 holder and side cutter (image: REGO-FIX) 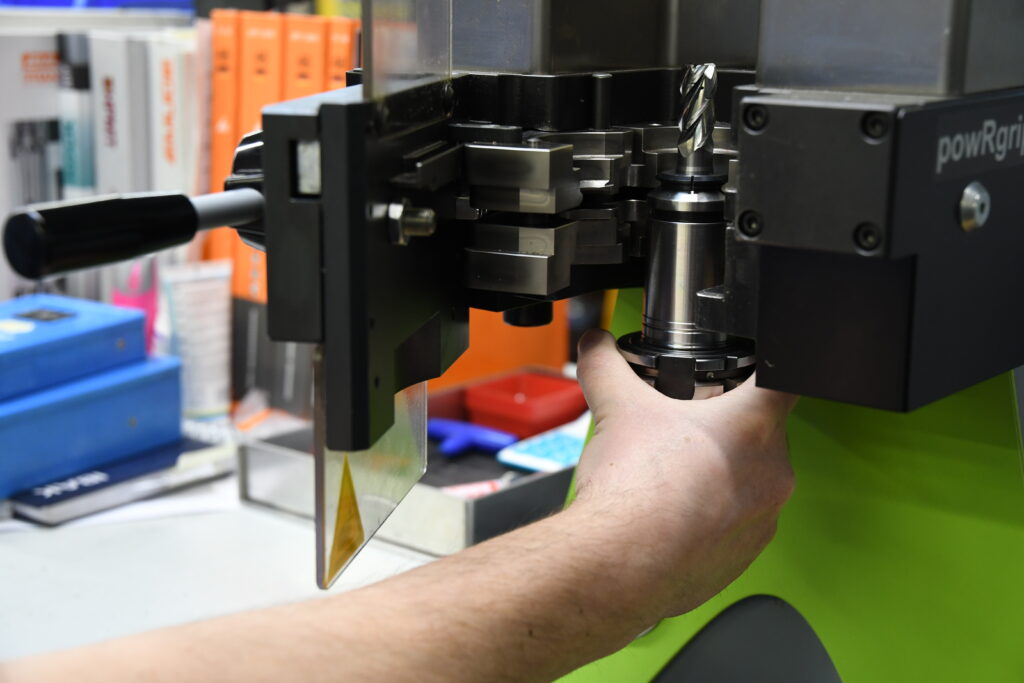 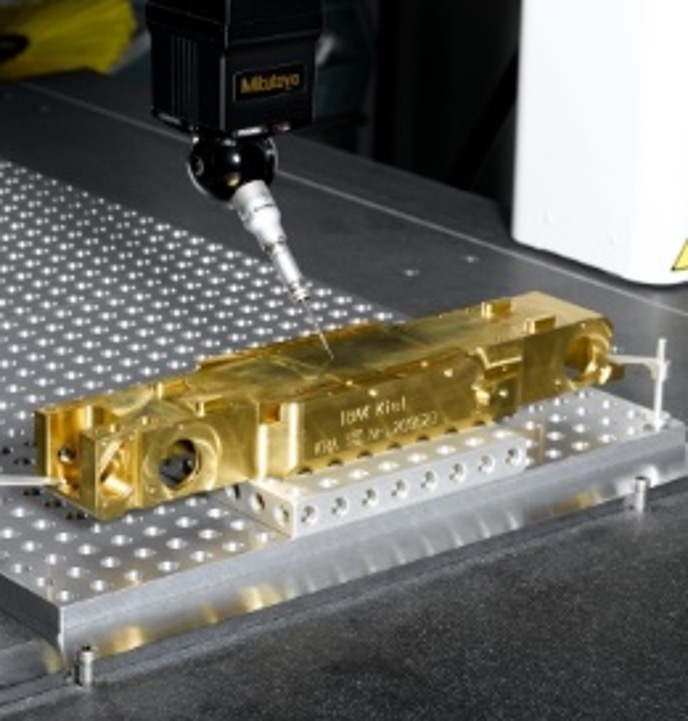 Quality that speaks for itself (image: IBAK) 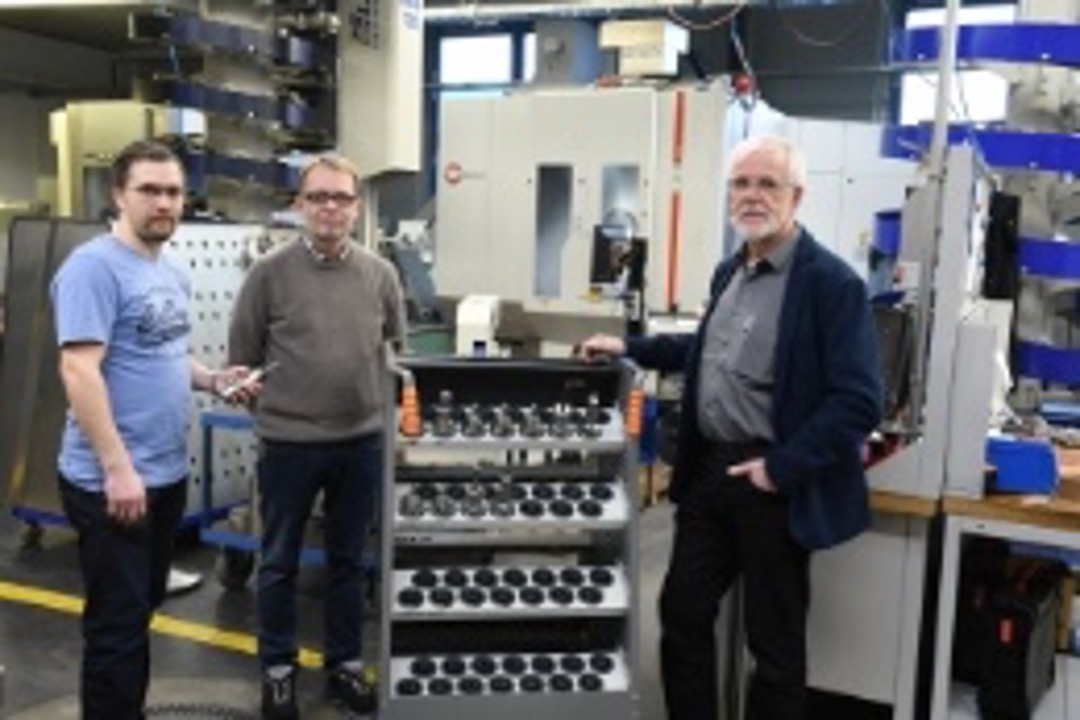